BTC and the broader crypto market were up this morning after days of aggressive selling. The BTC network's hash rate has seen further declines in the last 24 hours.

Despite the aggressive crypto selloff, BTC dominance remains below 50%. Unrealistic valuations still persist across the market.

The estimated aggregate crypto market cap reached a high of USD 2.5 trillion in May. This aggregate market cap was achieved on the back of alt-coin gains which saw a number of assets make record highs. These include ETH, which achieved a market cap of USD 482 billion; ADA, USD 73 billion; DOGE, USD 88 billion; and BNB, 103 billion. May also saw the lowest BTC dominance, 39%, since January 2018.

Since those highs, the estimated crypto market cap, including BTC, has shed an aggregate USD 1.3 trillion. Despite the staggering losses, BTC dominance remains below 50% and the aforementioned assets still enjoy relatively large market caps. DOGE, for example, currently has a market cap of USD 28 billion, while ADA’s valuation totals USD 39 billion.

BitMEX’s BTC perp has seen mostly negative funding rates since late May, switching to a short bias after months of positive rates and long bias. The basis between BTC spot and December 2021 futures reached a high of 21% in April, but has since seen a sustained decline with the curve entering into backwardation yesterday (see Chart of the Day).

In May, we noted that BTC dominance declines have historically been associated with frenzied and stretched crypto markets. Having said that, despite the aggressiveness of the selling in the last several days, valuations that were worrying in May remain seemingly unsustainable.

For example, despite being down 77% from all-time highs, DOGE’s USD 28 billion market cap is still roughly equivalent to that of Deutsche Bank. The SHIB token, designed to mimic DOGE and still largely unheard of a month ago, has a current valuation of USD 2.6 billion. By comparison, Paxos, which offers crypto services to PayPal, was valued at USD 2.4 billion in April.

XRP, trading above prices when the SEC revealed charges against its issuer Ripple in December 2020, has a market cap of USD 29 billion. This valuation is equal to that of Sun Life Financial, founded in 1865, which reported income of CAD 937 million in Q1 of 2021. BTC, on the other hand, described as “digital gold” by some of its proponents, is about 5% of gold’s total estimated valuation.

In spite of the recent rise in dominance, alt-coin valuations relative to traditional financial assets remain challenging to justify.

Chart of the Day 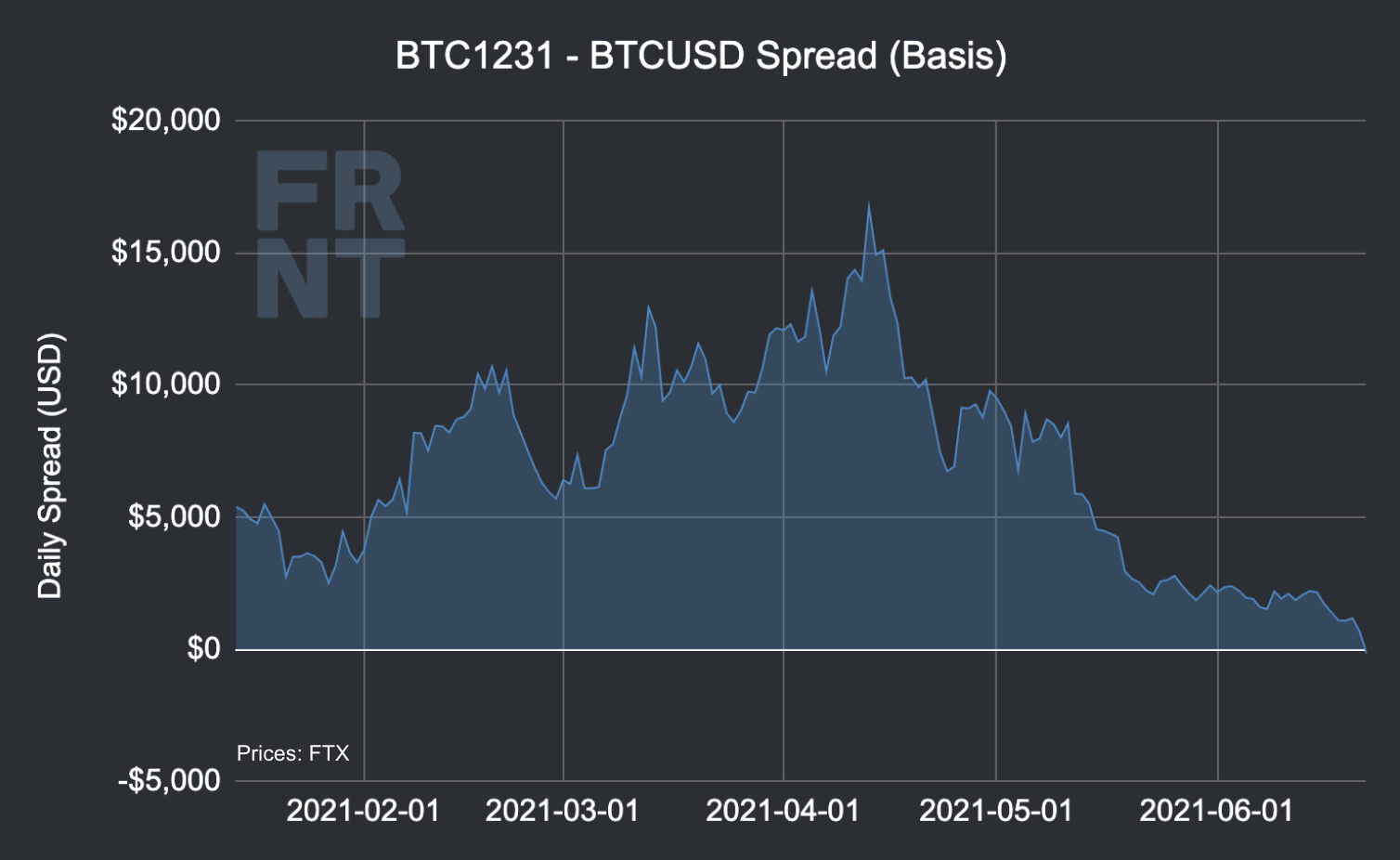