Since achieving an all-time high of roughly USD 2.5 trillion in mid-May, the aggregate crypto market cap has declined by about USD 800 billion to date. BTC dominance remains at about 45%, above record lows from 2017.

Since achieving a record high of USD 1.1 trillion in April, the BTC market cap saw a decline of roughly USD 412 billion, or 37%, to date. Sunday's BTC price of 32,000 represents a 46% drawdown from all-time highs made in February. By comparison, ETH has seen an about USD 180 billion, or 36%, decrease in its market cap; on Sunday, ETH’s price was 51% below its all-time high.

ETH has consistently posted higher perpetual rates on venues where the product is offered. For example, over the past 30 days, the average annualized perp funding rate for BTC on FTX totals 10.9%, compared to ETH’s 18.9%. This pattern of ETH perp rates exceeding those of BTC by several multitudes has been consistent with at least the beginning of 2020. Heightened perpetual rates are indicative of price appreciation with a greater influence of leverage, a stronger long bias, and frenzied speculation.

Since 2020, ETH has also seen a consistently higher ratio of trading volume on Bitfinex in relation to its overall market cap in comparison to BTC (see Chart Of The Day). For example, in May, the average ETH/USD daily volume in relation to the coins’ market cap equaled 0.15%, compared to 0.08% for BTC.

ETH has also seen outsized attention among crypto enthusiasts over the past several months. For example, an April 30 snapshot of select coin mentions in the cryptocurrency Reddit forum showed disproportionately low attention afforded to BTC in respect to relative market caps. This pattern of outsized alt-coin focus has persisted since at least March.

While both assets saw sell-offs of similar magnitude over the past week, BTC market metrics have been healthier than those of ETH. 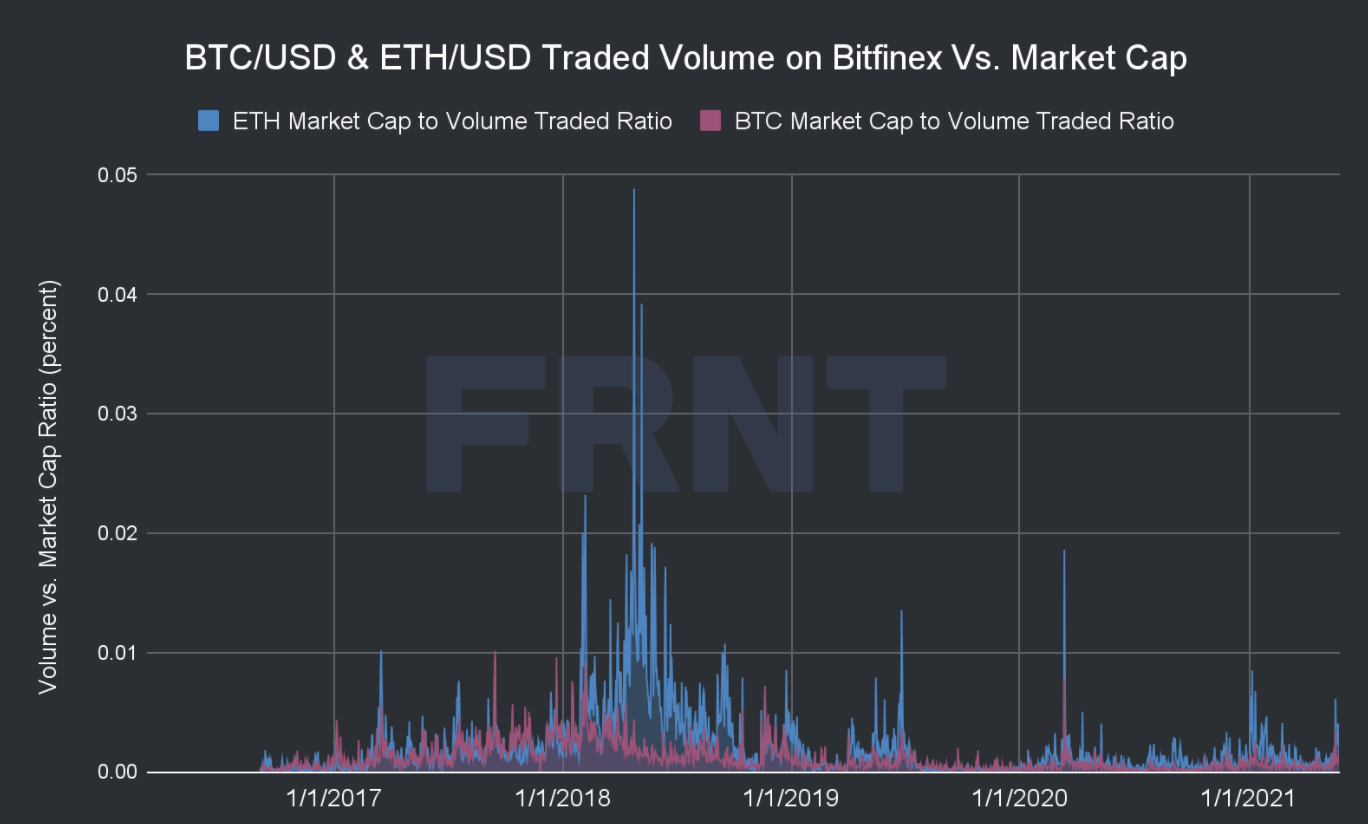