Avrupa Minerals, a prospect generator active in Europe, has closed a financing and announced that it has optioned the Alvito project in southern Portugal.

Avrupa Minerals Ltd. (AVU:TSX.V, FWB:8AM) announced on April 20 that it had closed a financing via a private placement, raising $225,000 through issuing 2.5 million common shares at $0.09 per share. In an April 11 announcement, the company noted that the proceeds of the offering "will be used for exploration and operations in Kosovo, Portugal, Vancouver and for general and administration costs."

Paul Kuhn, Avrupa's president & CEO, commented on April 11 that "with our new partner in Portugal funding the Alvito IOCG exploration, and our partner in Kosovo funding a large drill program at the Slivovo gold project, our costs in those locations are low. These new funds will cover costs to advance our other key projects."

The Alvito iron oxide-copper-gold (IOCG) project in southern Portugal was optioned to Australia-based OZ Exploration Pty. Ltd. (OZE), a subsidiary of OZ Minerals Ltd. (OZL:ASX), in an agreement announced on April 10. According to Avrupa, "the agreement allows for OZE to earn up to a total 75% interest in the project by spending AUS $4,000,000 over approximately 2.5 years."

CEO Kuhn noted, "The OZ Minerals exploration team has significant IOCG exploration experience around the world. This is Avrupa's first IOCG target in Portugal, and we look forward to quickly moving the program ahead."

With previous partners, Avrupa developed a central target area of the Alvito project. According to the company, "Exploration work led to the discovery of mineralized stratigraphy beneath 3-10 meters of soil cover through a 29-hole, top-of-bedrock, drilling program completed during 2015." 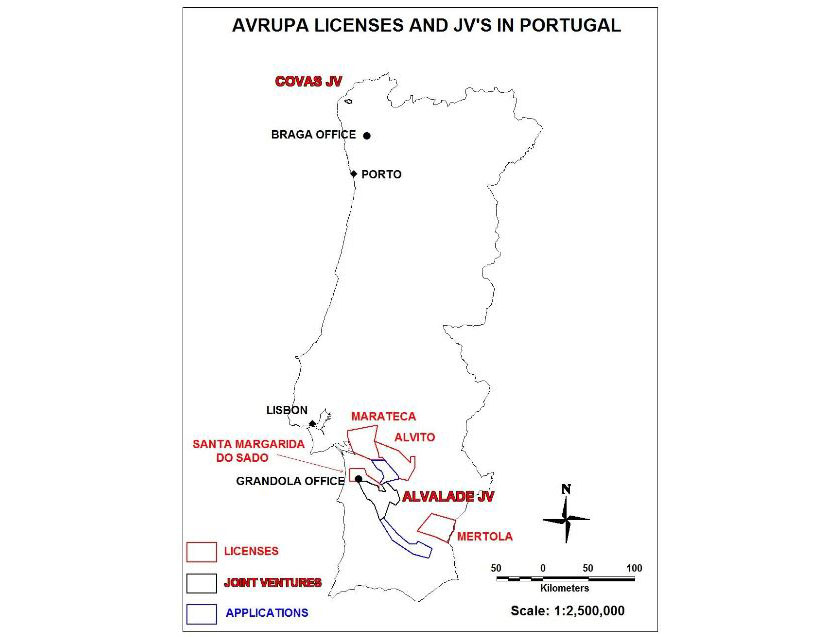 A new exploration program on Alvito is expected to commence this month. The company states that the program will include "geological mapping, surface sampling, geophysics, further targeted top-of-basement sampling, and a drilling program."

Avrupa Executive Director Mark Brown, in an April 13 interview with ResourceStockDigest, stated that Avrupa has a "great geological team there in Portugal. They've made discoveries before. But the oversight by a group that's actually operating a mine of this kind [OZ Minerals] is also very, very key for us and just adds to the whole intelligence and wisdom of the group over there in deciding where to put drill holes."

In March, the Portuguese Mining Bureau approved a 30-month extension to the Alvito exploration license, covering around 300 square kilometers of prospective ground along the "Alcaçovas copper-gold trend identified by Avrupa geologists in 2011–12." The company stated that "subsequent field work was successful in identifying potential for significant copper-gold-silver mineralization in known and several new occurrences."

In addition to Alvito, Avrupa has option and joint venture agreements at Alvalade and Covas in Portugal and Slivovo in Kosovo.